Leafy suburbs of Bromley, Bexley and Greenwich have risen by over 15% year on year

Data released today from Kangaroom, the world’s largest source of flatshares and spare rooms has shown that London renters are experiencing on average a 6.65% year-on-year price rise in room rentals. The average London room rental price in 2014 is now £609, compared to last year’s price of £571. 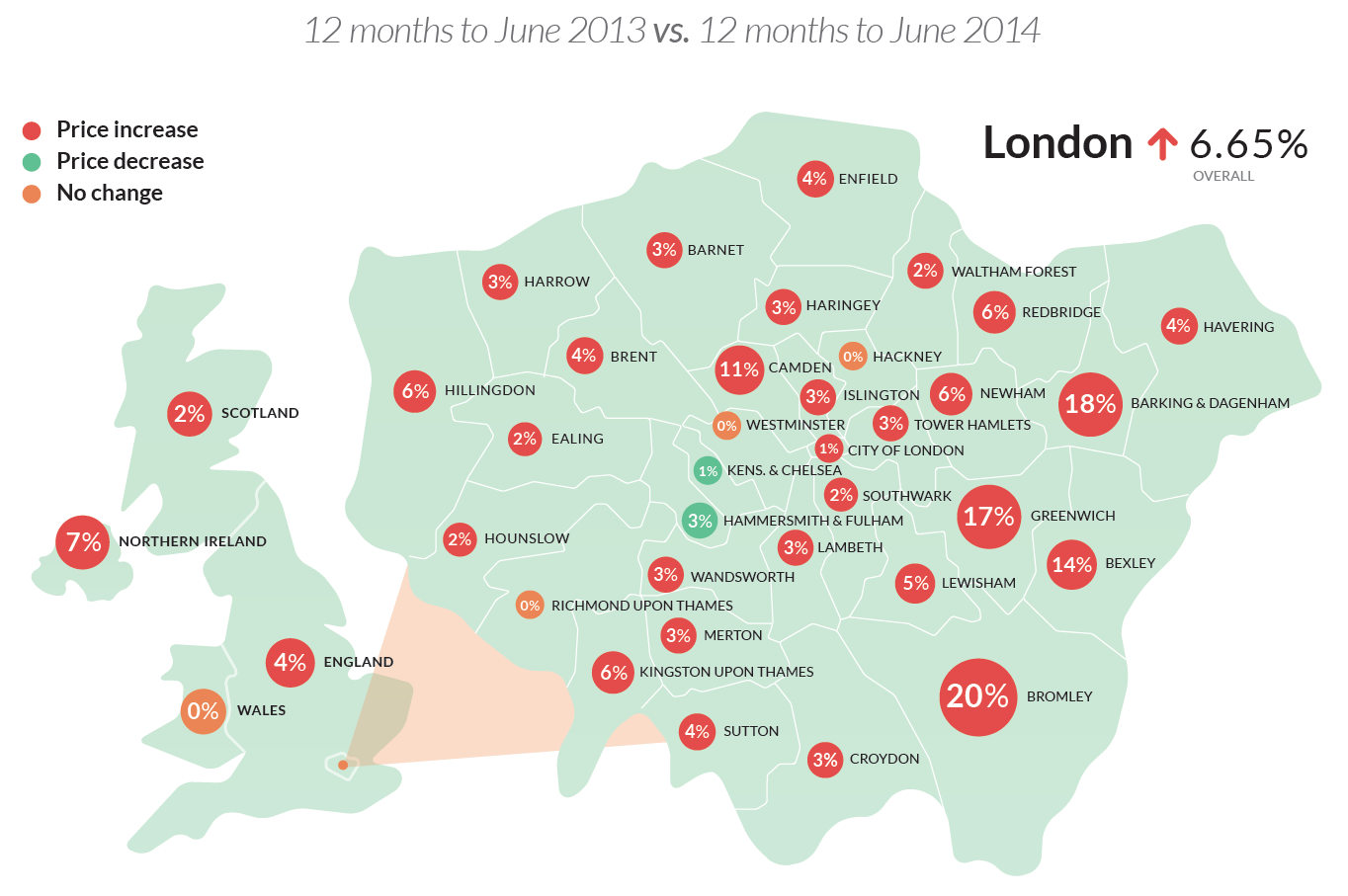 The leafy South East London borough of Bromley has seen the highest year-on-year increase of a staggering 20%, as renters have rushed to take advantage of its new rapid transport links into central London, green spaces and buzzing high street.

The green and suburban boroughs of London’s South East have seen the largest price rises. The historic borough of Greenwich has seen a year on year price increase of 17%, with Bexley room prices increasing by 14%. The East London borough of Barking & Dagenham has also seen an 18% increase.

The most expensive boroughs of London, Kensington & Chelsea, and Hammersmith & Fulham have however shown a decrease in price of 1% and 3% respectively, suggesting they may have already hit peak rental prices.

London has seen a population increase over all its boroughs of 1.64%* during the last year.

Jinder Sidhu of room rental site Kangaroom said: “In the last few years, a lot of London renters have traditionally moved out of the central, expensive London boroughs to save on room rental prices and take advantage of green spaces and the increasingly good travel links with the new overground train lines. It’s created huge demand for good rental housing in these areas and big rental increases that are squeezing London’s renters ever more.

He continues: “But there is good news, popular and well-linked suburban boroughs such as Croydon, Sutton, Ealing, Merton and even Richmond have stayed more static and still represent good value for London’s price conscious renters.”